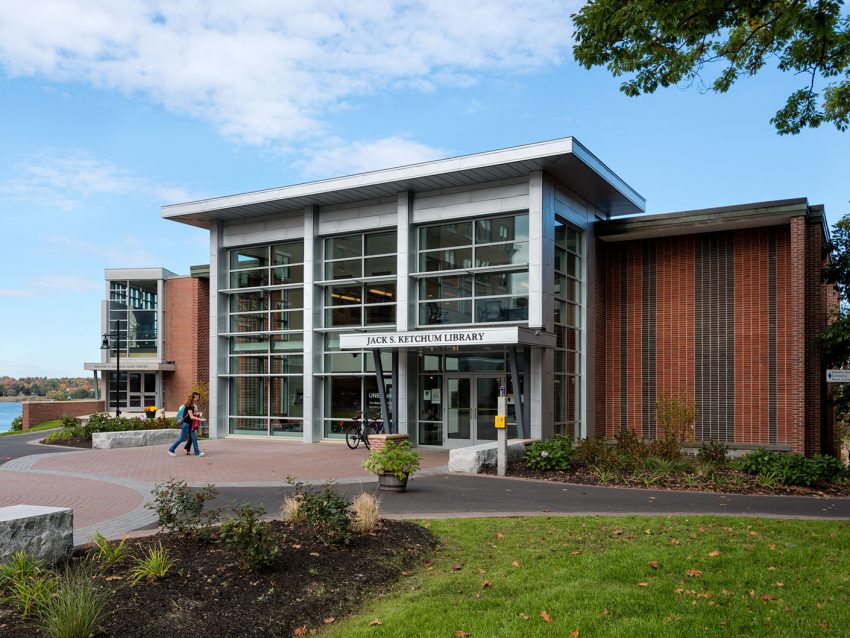 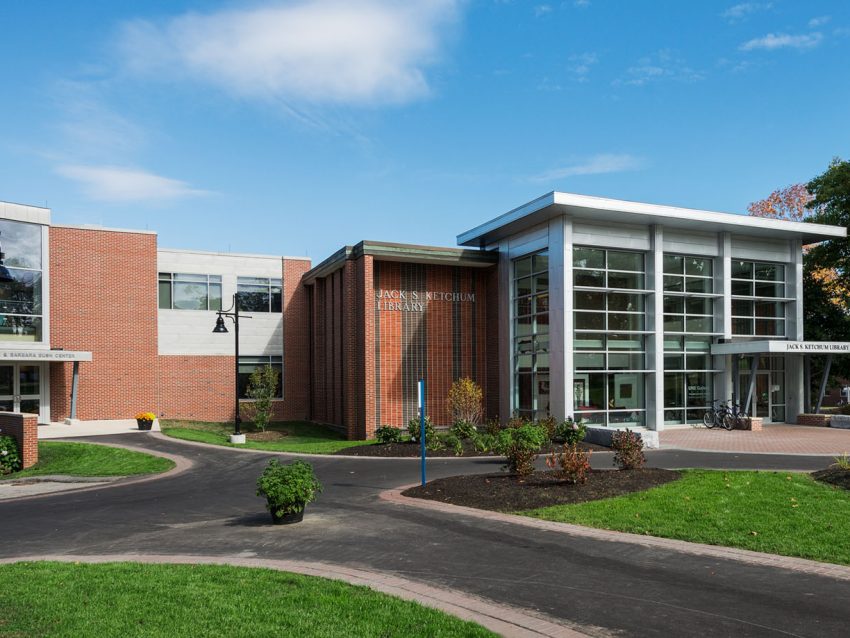 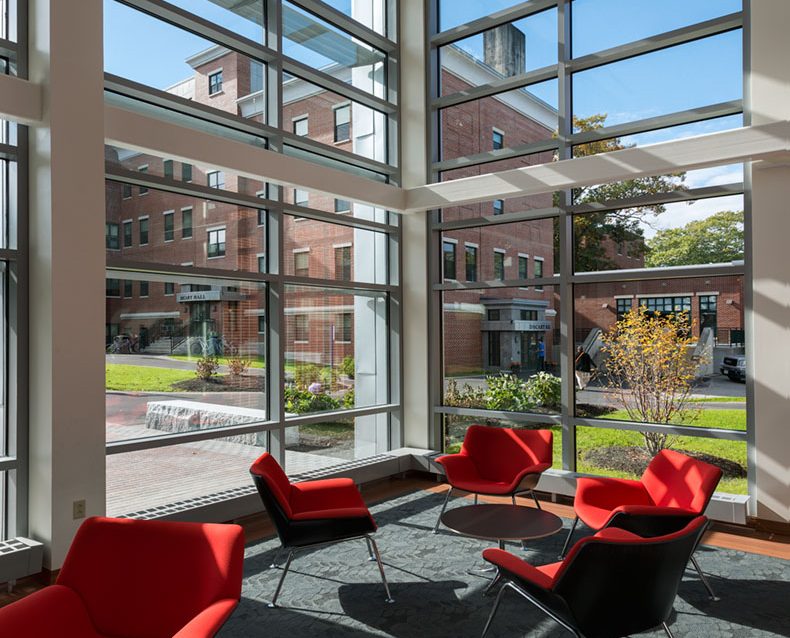 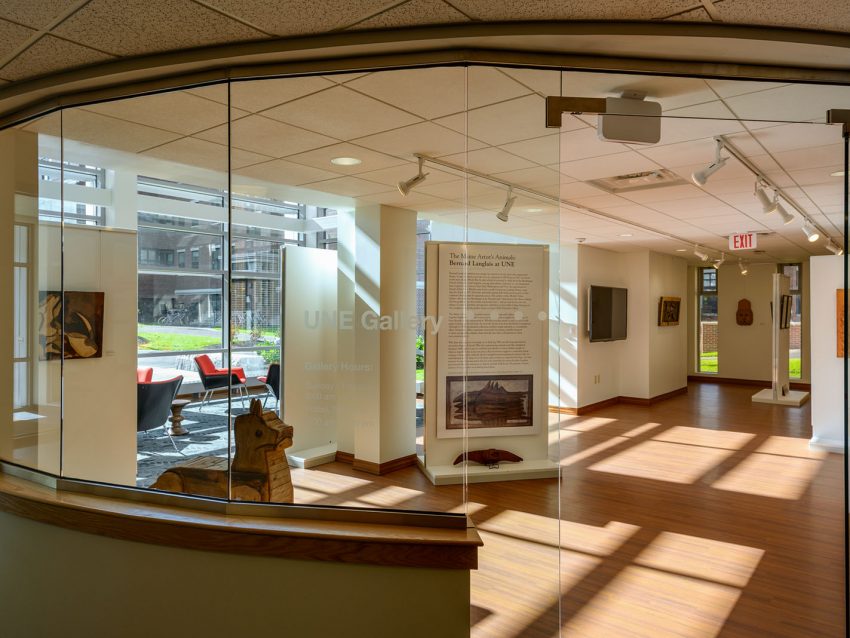 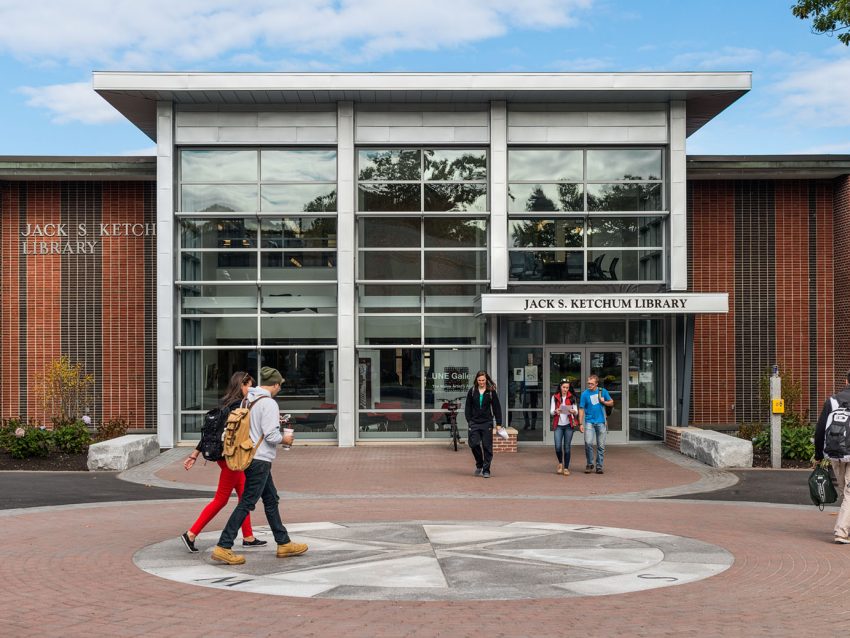 The renovations included a two-story addition, creating a new lobby, the UNE Gallery, and conference room. The glass facade provides an abundance of natural light into the new spaces.

The lower level was also renovated to accommodate new offices for library administrators, as well as study spaces for both small and large groups.

Construction was phased so that the library could remain open during construction.